By Raechal Leone Shewfelt November 7, 2011 8:34 AM Now: Your Daily Dose of Celebrity News

Each season of “Dancing With the Stars” features a revolving line-up of contestants and professional dancers, but one thing remains the same: spray tans are a big part of the show. And that’s where Julie Nostrand, the owner of South Seas Skin Care, comes in. All season long, she’s spent every Sunday flying from Loveland, Colorado, to Los Angeles, to ensure celebs look luminous in the ballroom and in front of the camera. omg! caught up with Nostrand to find out more about what the stars do to get glam.

Relive the Journey in Photos of the Final Five: Hope, J.R., Nancy, Ricki, and Rob

What do people call those who apply spray tans?
“You know, ‘body bronzing artist,’ ‘spray tan artist.’ I was referred just recently on the ‘Ryan Seacrest Show’ — he was doing an interview with one of the celebrities from ‘Dancing With the Stars’ — as ‘The Da Vinci of Spray Tanning.'”

How did you get involved with “Dancing With the Stars”?
“We supply 3,000 salons and spas all over the world. And the last four years we’ve gotten really heavy into film and television. Some of the makeup artists referred us to the [show’s] makeup department with “Dancing With the Stars” because of the quick dry time — the not sticky on the spray tan. We were also asked to develop a product that wasn’t going to rub off on their clothes.”

Are spray tans a part of most TV shows?
“Yeah, you’d actually be surprised. Normally, the makeup artists put [our product] on. For ‘Dancing With the Stars,’ it was such a huge spotlight for spray tanning that I decided to go ahead and take it upon myself … to do the spray tans. But there are so many different shows that use a product, ones you wouldn’t even think of like ‘Pirates of the Caribbean,’ ‘Soul Surfer,’ ‘Sons of Anarchy,’ ‘Mad Men,’ and ‘Hawaii Five-O.’

Revisit the Most Talked-About Dances from the Season 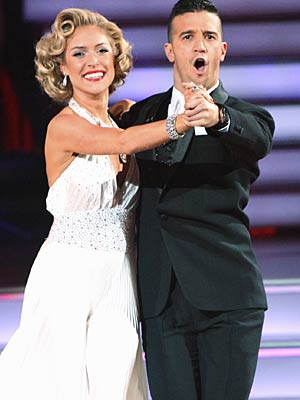 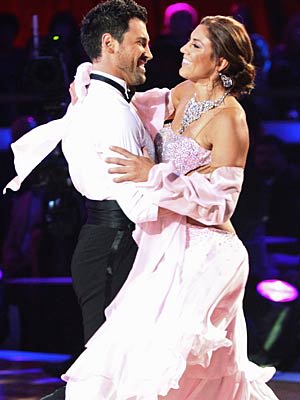 Why do they need spray tans for this particular show?
“As far back as I can remember, it’s just always been a big show for spray tanning because it gives them just that beautiful, polished, flawless look on stage when they’re dancing. They have so much skin showing that it’s so important to have. You know, the darker you are the more toned [you look] and the better your skin’s going to look. The thing that is so different [about this show] for me is they want to be darker, darker, darker, darker, darker. I can’t put enough tan on these people to get them dark enough. ”

How do you apply it?
“The spray tan takes about three to five minutes full body, head to toe. It takes about six to eight hours for the color to fully develop. It’s made from sugar, but once that product hits your skin, it oxidizes and it turns your skin brown. Now if you wanted just a really nice light glow, we can do one layer of tan on you. For ‘Dancing With the Stars,’ I do anywhere from three to four layers on everybody because they just need that really deep dark tan. However, if you go way overboard and use way too much, they can start to look orange, which is what we obviously always want to try to avoid. The following day, on Monday, the body makeup artist actually puts more of our product on over the top of [the spray tan] and then tops that off with our body bronzer product that is basically what you’re seeing on the stage. ”

How Well Have You Been Following Season 13? Test Your Knowledge With Trivia! 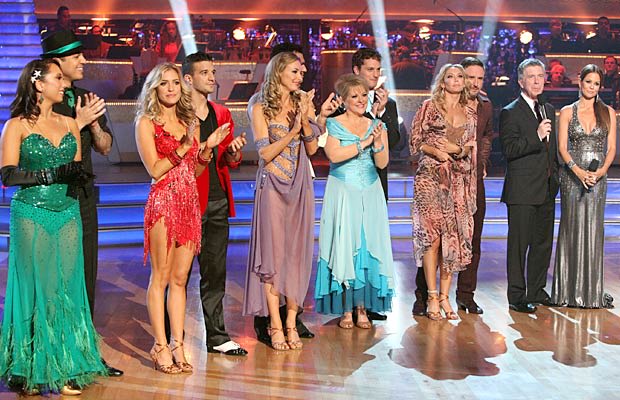 The “Dancing With the Stars” contestants. — ABC/ADAM TAYLOR

Are the male dancers more likely to opt out of the spray tans?
“The only thing that really shows on them is their face. So, the times that I would [tan] them are more when they were going to have their shirt off or have something sleeveless that they were wearing. ”

What’s the biggest spray tan disaster you’ve ever had?
“I did have somebody who hopped in a pool before [their tan] developed and it washed the whole thing off.”

Were you a fan of the show before you came to work on “Dancing With the Stars”?
“As a matter of a fact, I really had not watched the show. But this season, I’m like obsessed. My daughter’s a dancer, and we had always watched ‘So You Think You Can Dance.’ What’s so amazing [to me] is how much they’re sweating when they’re dancing. I didn’t realize it was that much of a workout. You know, when you watch it on TV, they just look like it’s so easy for them.” 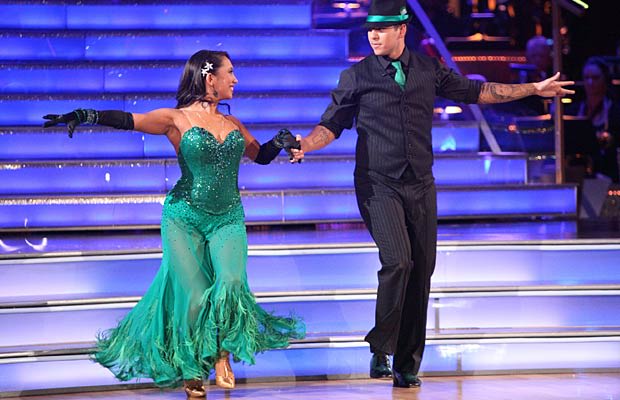